With all that, it makes sense that this fantastic tournament has sparked another important discussion around equal pay.

In the wake of Spain’s recent bid to ensure both male and female football players are paid equally for international matches, as well as the United States rising up and vowing the same, steps towards closing the gender pay gap in the professional football industry are being made – finally!

As England prepares for a generation-defining Final on home turf against one of their oldest rivals, the #EqualPayForEqualPlay initiative has started to take real shape. The Football Association (FA) has published its latest gender pay gap report, which outlined that its mean hourly pay gap fell by 4% since 2020 to 14% in favour of male employees. 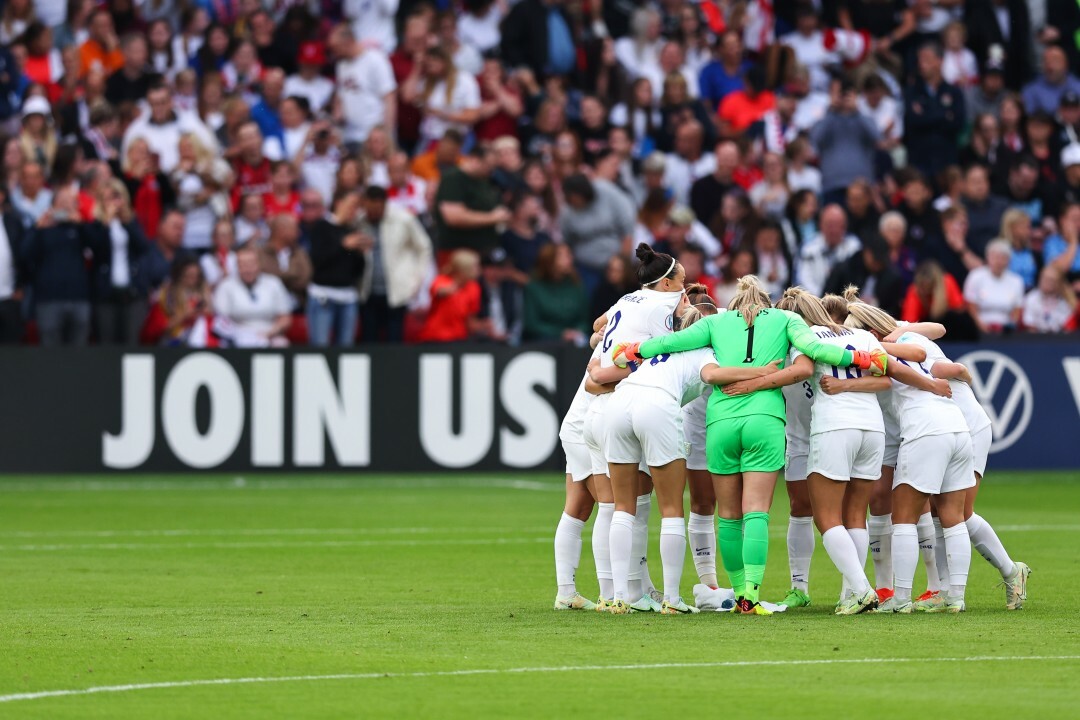 But the battle for equal pay across the soccer scope is far from over.

Germany, who’ll want to spoil the Lionesses’ party on home soil, has yet to step up in the equal pay debate. Women are still not paid equally to their male counterparts - although the country is focusing on conditions rather than pay packets, insisting that equal conditions ranks above equal pay in terms of importance. It’s just another element of the discussion that needs careful consideration on all sides.

Sure, today we’re talking about football - but the gender pay gap is a crucial issue in all industries. As #WEURO22 draws to a close, it got us wondering about equal pay in our own organisations.

What are the key takeaways from the recent discussions on equal pay and, most importantly, how can we continue to make progress?

What’s arguably the most confusing element is the existence of the Equality Act 2010, which states that men and women must be paid the same amount when performing within the same role. In short, equal work must mean equal pay. Not only that, but it also applies to contractual terms and conditions, including:

So, why is this still even an issue?

Well, for starters, #WEURO22 brought some major equal pay hypocrisy after event’s sponsors (like TikTok, Adidas and Booking.com) ran a sequence of #PayFair ads for Talented Ladies Club - despite not paying their own female staff fairly! Jeez.

So, what’s going on then? If there’s a law in place to ensure everyone is getting paid fairly for completing the same work, why is it then clearly being flaunted?

If you’re as confused as we are about the ongoing Great Pay Gap Debate and how the lines seem to be so darn blurred, let’s go back to the beginning…

Believe it or not, despite being a trending topic in recent years, the subject of equal pay in the workplace goes all the way back to the beginning of the 1970s and the creation of the Equal Pay Act.

The Act is an in-depth document detailing that men and women should be paid the same amount of money if they are completing the same tasks – regardless of their age. So, why then, more than fifty years later, are women in so many industries being paid less than their male counterparts? Surely, that’s illegal, right?

This is where it gets confusing.

Fast-forward forty-seven years, where we see the implementation of a legislation that requires UK employers with more than 250 employees to report their gender pay gap once a year. But this still doesn’t explain why Jack is getting paid more for carrying the same pale of water that Jill did.

This is down to our old enemy - the loophole…

While equal pay means paying men and women the same salaries for the same work, the gender pay gap is the difference between the average hourly earnings of men and women. Even though both are in the same neighbourhood as gender inequalities at work, they are actually fundamentally different.

In short, equal pay accounts only for a small portion of the gender pay gap. There are far more factors to consider than just paying genders equal salaries/hourly rates for equal work. The gender pay gap takes into account differences in demographics between genders in different stages of their career, inequities in opportunities for women to move up the career ladder or choose higher-paid jobs initially, occupational segregation and (un)conscious bias in compensation structuring in organisations.

Why, though? Is it because misogyny is so ingrained in our society that the laws can be flagrantly ignored? Not necessarily.

Because of the complexities of the matter, more often than not, companies are unaware of inequities because of a lack of analyses, missing intentions to change something, or simply a lack of resources available to tackle inequities.

And maybe that’s where you find yourself right now…

If you’re struggling to achieve pay equity or just worrying about your compliance, don’t beat yourself up. Achieving a low or non-existent gender pay gap isn’t as cut ‘n’ dry as one might think – especially for large corporations with hundreds or thousands of employees.

Truth is, there are tons of challenges when it comes to equal pay - and plenty of hurdles your organisation needs to clear. Here are just a few examples of things that might be standing in your way when it comes to making real progress:

Question is, how can you overcome these challenges? Well, while closing the pay gap and achieving gender pay equity may not be an overnight process, here’s how a company (or an employee) can overcome the obstacles that may be standing in the way:

Now, about that last point… 😅

At gradar, we offer powerful, integrated pay equity analysis as part of our job grading software - and we can help you work towards greater pay equity in your organisation. Whether you’re conducting a pay audit or putting an equality plan in place, the grading of jobs in a point-factor-based, bias-free job evaluation system is a suitable first step. Our system is the solution.

Then, using our platform, you can dive deeper into pay differentiation within individual job families in relation to gender. If the salary data can provide the information, considering the influence of age and years in service can deliver valuable insights into the pay policies of your organisation.

It’s also worth looking into practises concerning promotions, eligibility for bonuses, benefits, and allowances and performance appraisals. Measuring performance can be difficult and is often based on subjective assessments from individual managers. With gradar’s integration of TMA’s competency library, the application of its behavioural anchors in the process reduces this risk and makes it easier to spot potential discrimination.

Equal pay is not just a ‘box ticking’ exercise, and has been proven to not only promote a fair society, but to deliver a tangible positive business impact through fair and equitable pay practices. Providing equal opportunity greatly enriches the talent pool, results in better employee retention and reduces the financial risks of equal pay claims in court.

That’s not to say the process is simple. To change the culture of an organisation towards a more transparent setting and promoting equality can be incredibly difficult. As HR professionals, we must play a central role in making it happen.

So, whenever you’re thinking about equal pay (or maybe even looking for some help in achieving it for your business!) think of gradar as the one-stop-shop for all job-related data in your business.

Our software forms the basis of talent and reward structures and allows you to deliver your own bias-free, consistent job grading results. Our standardised, qualitative tool helps you ensure fair pay for the jobs in your business with a high level of objectivity.

Check us out at gradar.com/en/equal-pay